Recently I was sauntering around town with my girlfriend. Her cousin called and asked if we wanted to join them in the park for a free concert. ”A fellow countryman of yours is about to perform. Tamino or something”, he said. For those who do not know me at all, I am a Belgian living in Amsterdam.
Upon his invitation, we tried to hurry so we could get there in time but sadly the performance was already over. We ended up having a lovely time, nonetheless.
When I got home, I was curious and searched him up on my Spotify. And am I happy I did! What a freaking revelation.
For now, he only released one EP but a spectacular one, at that.
I looked up some background info on him, because after all, he’s a fellow countryman and awesome musician. He’s only 20, born and raised in Antwerp (same town as me), with Egyptian roots, an aspect you can definitely withdraw from the music at times. I’m talking about the occasional Middle-Eastern vibe.
I was clearly on another planet because in one year, Tamino managed to win ”De Nieuwe Lichting”, a talent contest for up and coming musicians on Belgian’s alternative radio station Studio Brussel, sell out a large concert venue twice and play at Rock Werchter, Belgium’s biggest rock festival.
What is so special about his music is that he has a unique sound. A very shy, deep, melancholic tone of voice that can be brazen when necessary. The musical arrangement is very minimalistic. The sonic landscape is quite barren but you rarely feel like you need more than what he provides. A dear friend made a comparison with Jeff Buckley. I think there is something there. What they both convey is a kind of inherent beautiful sadness that they meticulously translate to musical ingenuity.
Sounds like an intense dream..
Listen to his EP – it’s on Spotify. Give him 20 minutes of your time. 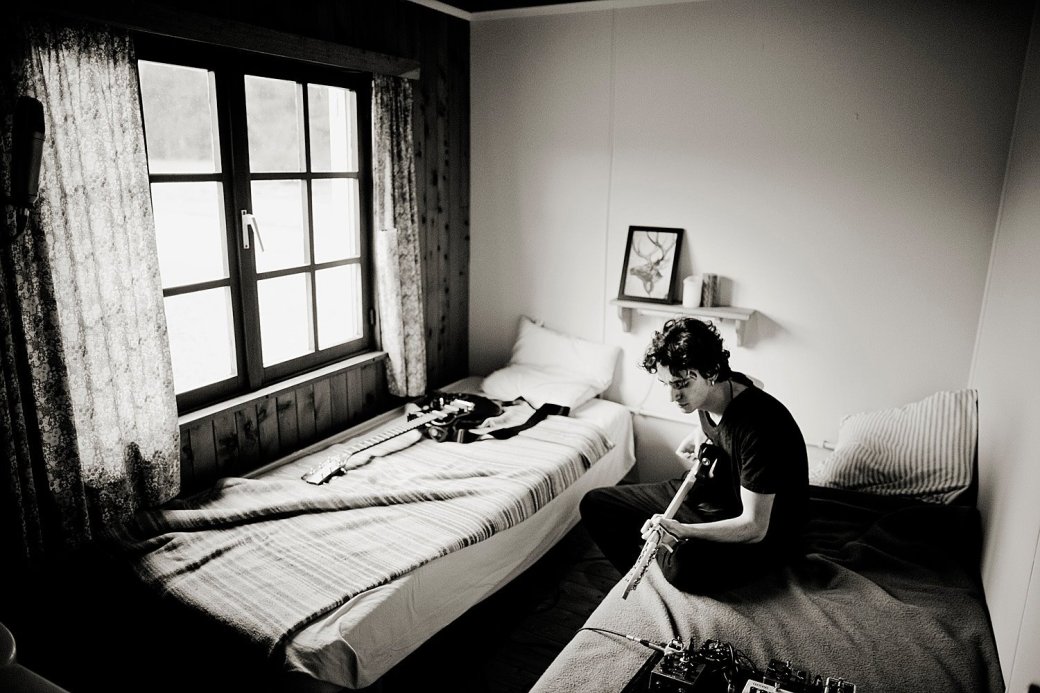